This Conference Should not be Marketed to Entrepreneurs! | GBP from Mozzer Jamie Seefurth

Hello! My name is Jamie Seefurth, and I attended Business of Software 2015 in Boston.

Those three days are still resonating in me, and, like many others, I was filled with gratitude after attending that week. Mark requested I write this blog based on two sentences of feedback I provided him:

“This conference should not be marketed to Entrepreneurs. It is applicable to anyone in the startup and software industry who work in all facets of the company.”

Here are more observations I have put together. Like a good project manager, I’m going to summarize those in five bullets of five bullets:

Five details about me

Many of these reasons are why I found Business of Software so helpful. The speakers were passionate about their companies and cared about their success; both sentiments I share. The greatest value I found beyond the speakers was in the attendees. The conference was a time to meet many peers I didn’t know I had. We understood, validated, and encouraged each other. It was refreshing. 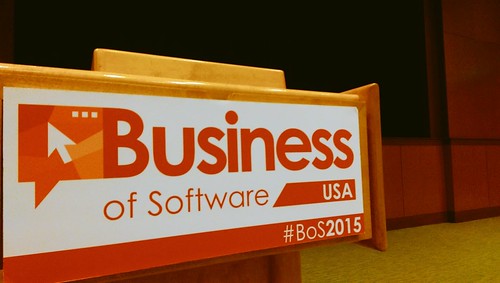 Five things I didn’t know about BOS until I attended

The reasons above boil down to basic grown-up respect.

The organizers encourage families to attend so that everyone can get a glimpse of the industry we work in. That is why I have invited my mother and sister to join me in Ireland for BoS Europe 2016. I’ve been to other conferences where the highlight was the party, not the people and the content, so I was surprised when the awesome party at the Harpoon Brewery ended around 9:30 as opposed to a late night bash. It impressed me how the organizers made it very clear they wanted everyone to have a good time but expected attendees to remain focused on their main objectives for the week, not their next drink. 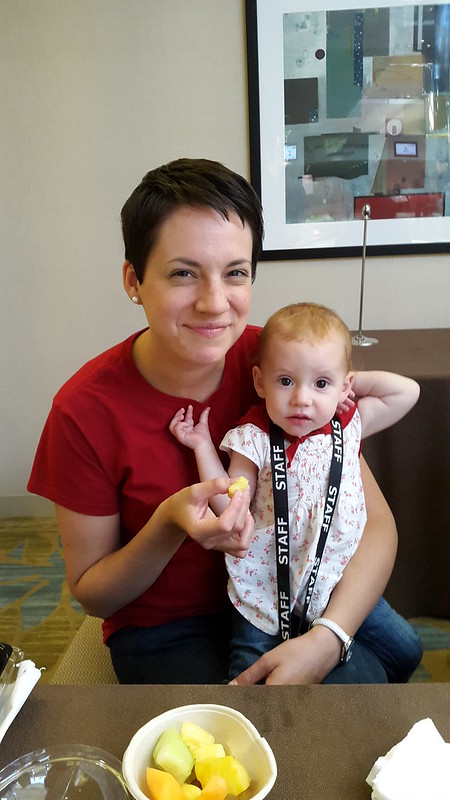 This theme continued throughout the three days; there was an obvious respect and higher expectation in many areas of the conferences. Some examples that made it clear they were expecting the best of the best were speaker selection, food options, venue choice, and the well executed schedule.

Five of my favorite talks from Boston 2015

Honest, gut wrenching at times and extremely intimate. The information that was shared was so personal that it made me put down my pen and listen

After Tania’s enlightening talk, I immediately asked her to come to Moz for an event. In early February she did just that. She graciously partnered with our CEO, Sarah Bird, for an evening presentation. She then agreed to do a last-minute presentation to our full company at a lunch the next day. I appreciate the Axosoft attendees and their mission so much and truly believe my relationship will only continue to grow with them.

I blame Steli for the fact that I bought a brand new car the next week after I got home from the conference. Before the trip I had been contemplating buying a car and made a few web inquiries. While I was in Boston one salesman relentlessly emailed and called me.  I saw so many techniques Steli referred to in the salesperson that I knew I simply had to follow up because they weren’t going to leave me alone. I also appreciated the fact that I have always had the heebie-jeebies when it comes to “sales” but Steli’s talk was engaging and humorous at the same time.

This was the best software talk I heard. He had great clarity in explaining when one should consider a full rewrite and also gave great information about sunsetting products. It was a great way to kick off the conference and set the level for other speakers.

I couldn’t decide! Both focused on employees as people. These two CEOs have stepped back and taken a hard look at their purposes and actions. They are intentional, caring and honest. They’re also not afraid to admit when they’re wrong and accept feedback graciously.

I’m very pleased with the venue choice for the upcoming BoS Europe. This will likely be a once-in-a-lifetime trip for me to the Emerald Isle, and I plan to take full advantage of the sights during the week. I also know that attending the conference will round out my week with a great blend of business and personal enjoyment.

I already provided the “not just for entrepreneurs” feedback in this post. The other items I added are more specific, but I will highlight the need for a place to communicate during the week.

I am a Twitter reject, so there may have been conversations occurring there which I missed, but I was craving information like live Slideshares and notes from other attendees. Having this would have helped me evaluate the way I engaged in the talks. I would have taken fewer notes myself and focused more on my listening to the information had I known others were much better note-takers than I was. This doesn’t mean I didn’t like the conference, it just means that I would have changed my approach during the sessions.

I have also been disappointed to not be able to re-watch the talks because they weren’t uploaded after the conference. This may be intentional gating of the material to advertise future conferences, but there were a few talks I wanted to refer others to or take in for myself again within the next month or so. It has also been a bit difficult to gather the links I used throughout this blog because they are peppered throughout other blog posts and not organized in a concise format for review. I feel this problem could be solved by maintaining an index of sorts that is easily searchable and grows with content from other attendees.

There we go! I hope I’ve summarized, shared, and captured something useful for you today, because I found so much value from my week in Boston, and I’m already preparing for an uplifting two days in Ireland, May 16-17th 2016.

Until then I’ll say Sláinte to you with a wish that you’ll give me a proper cheers in Dublin May 15 through 17.