Business of Software Conference 2013 pictures from Betsy Weber at TechSmith

Every time I see a picture that Betsy Weber at TechSmith has taken, I realise I will never be a photographer. It kind of hurts, but her pictures make up for it. Some lovely pictures from the best conference picture taker ever. 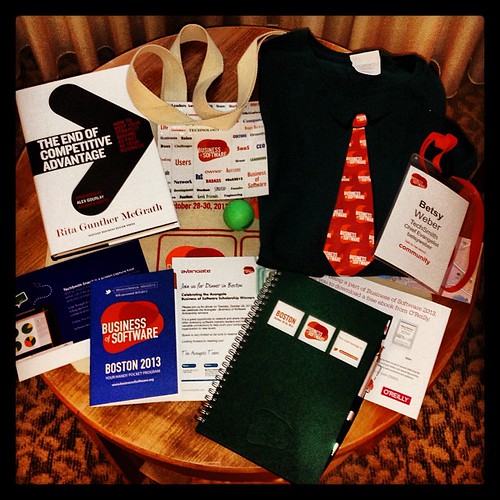 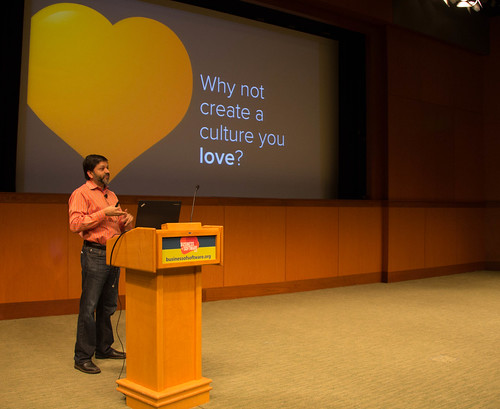 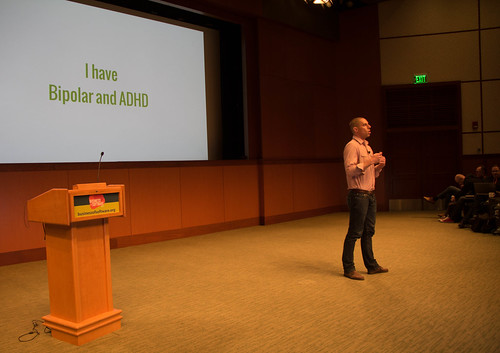 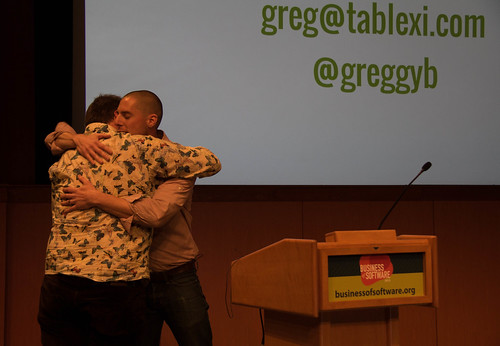 Greg bravely attempts to hold me up at the end of this talk. Meanwhile, the audience were on their feet. The first BoS standing ovation. 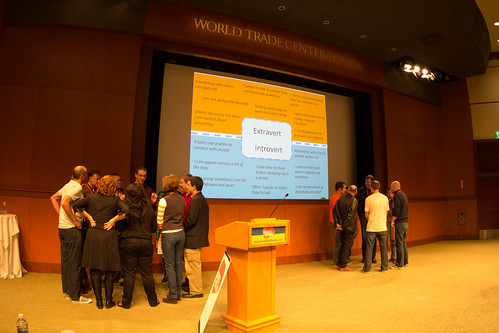 Extraverts and introverts deciding what they like about each other. One of these groups was highly animated. One of them, not so much… 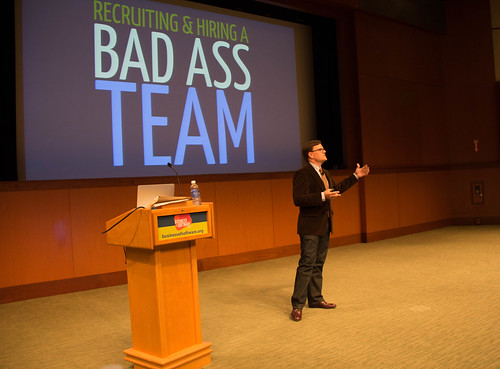 Because that is what we all want to do. 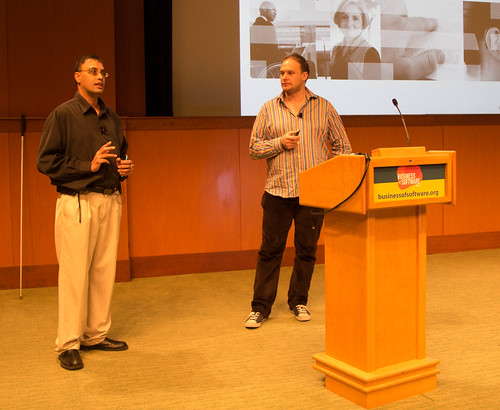 A short stage-storming talk on accessibility from one of John Knox’s student scholars. 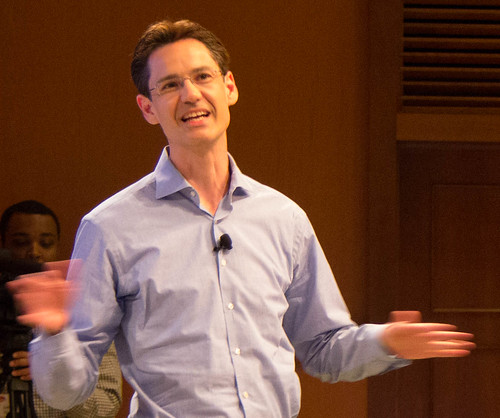 Tall Jeff from Stack Exchange. Imagine how fast he can type. 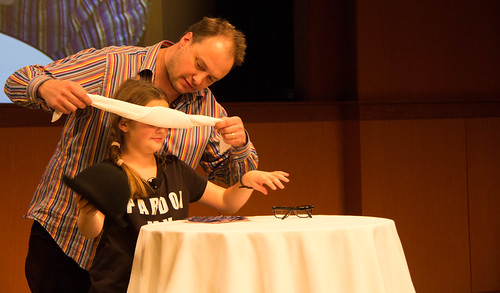 Never put your daughter on the stage unless she is blindfold. 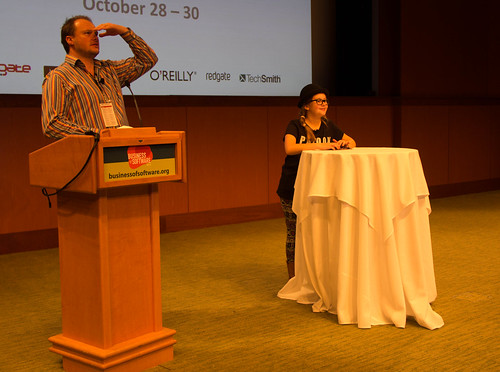 How to make an origami pyramid. A very useful life skill apparently. 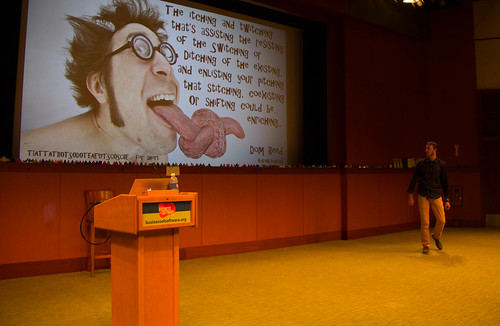 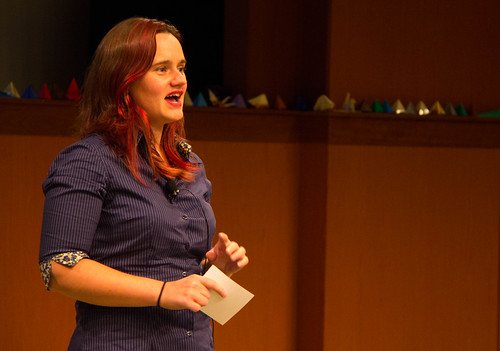 Rosemary explains why white bald men are under represented in senior management in tech. 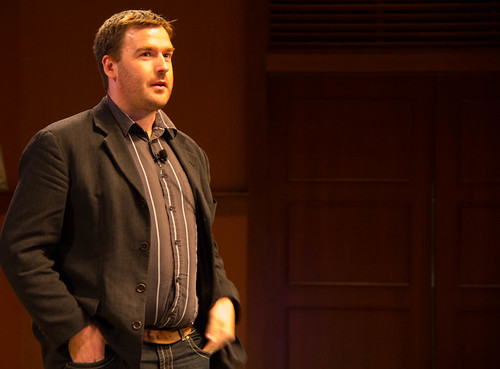 I disqualified Des from the Lightning Talk competition as I couldn’t tell when one slide stopped and the next one started. Brilliant talk though. He is the first speaker we have for BoS 2014. 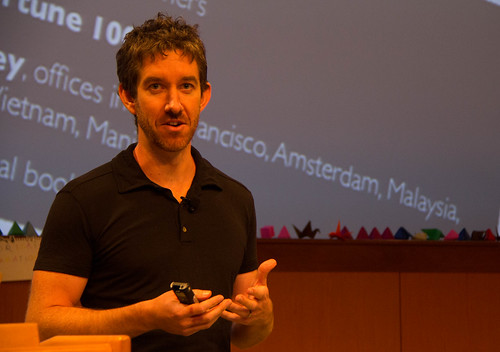 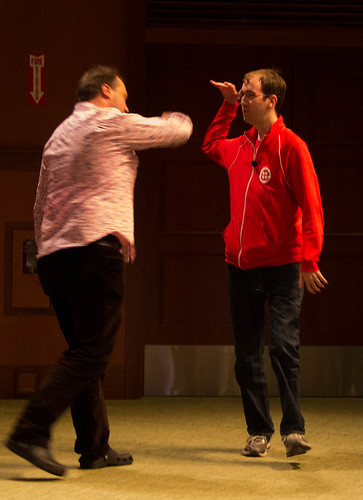 Effortless gangsta. Patrick McKenzie walks on to his chosen music. 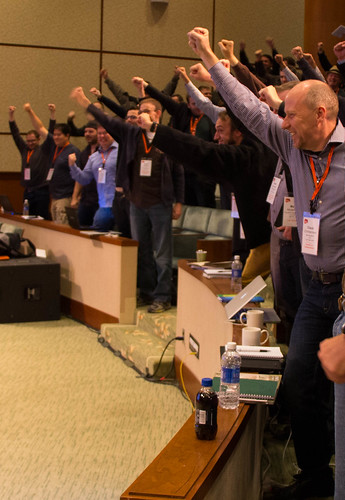 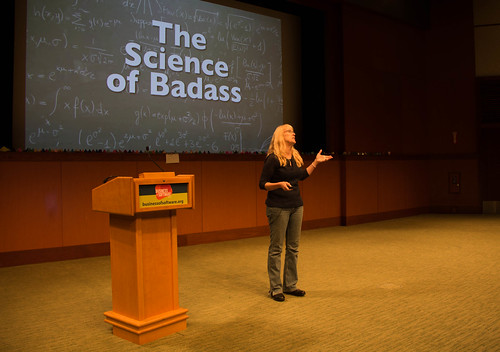 That is a pretty fair description. 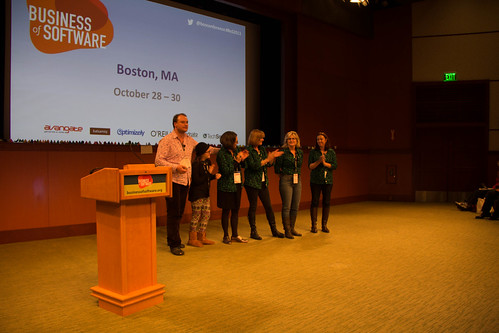 A well deserved thank you to the awesome BoS team. Curses on Hermione for looking after our guests and new arrivals for the afternoon workshops and therefore not being there. I have a good mind to find another picture of her and post it in all its badass awesome.

Do not click on this link, you will be disappointed.