This year’s workshop sessions were designed to help get people talking and thinking together in smaller groups. We hope everyone had the opportunity to enjoy themselves and meet some interesting people. Each team had a maximum of 20 people from different companies and they all worked together to produce a series of specific outputs to 10 challenges. Overall available time was 90 minutes and the results were submitted online. Here are the outputs of the BADASS TEAM.

Name of team: BADASS TEAM.
Names and superpower of members: 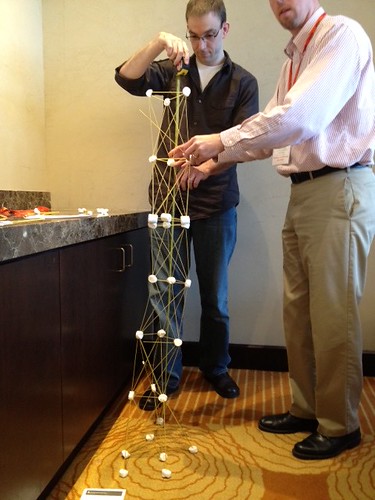 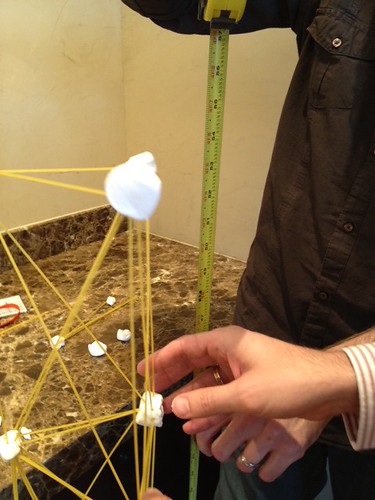 To better their BoS experience, they wireframed a special Mobile App. They shared some screen shots with us. 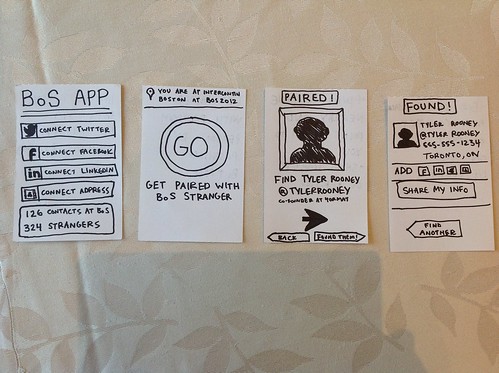 The BADASS TEAM talked about something important they learned in BoS 2012 in a 1 minute video. Watch it to learn more.

After cutting a piece of letter paper into a ring the BADASS TEAM claimed 24 people passed it over their head to the floor without ring breaking. You can see for yourselves here. 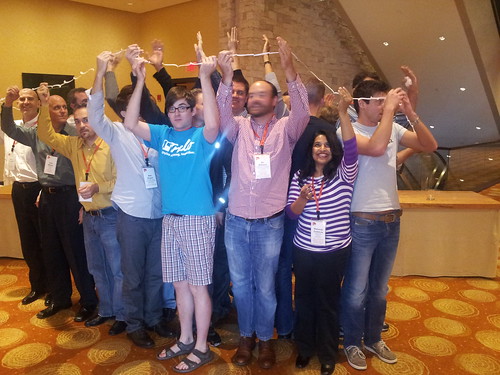 They built a spaghetti bridge to span a 46 inches wide gap. Here are some photos. 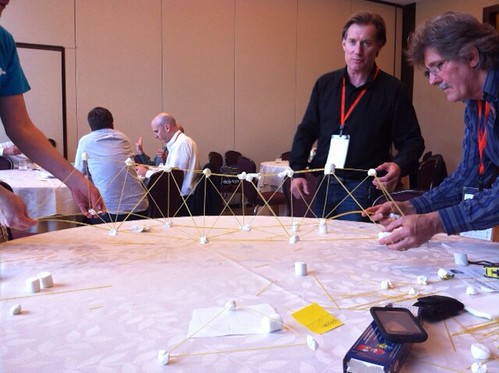 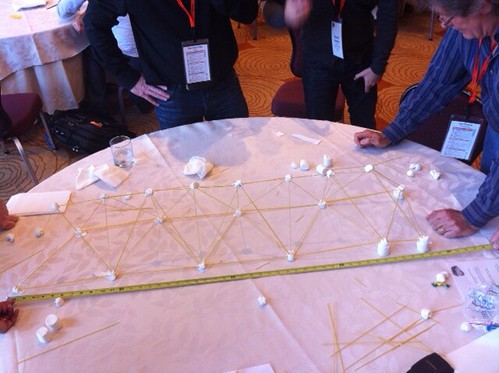 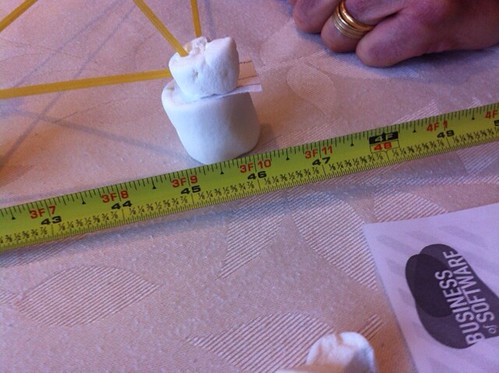 They created a cartoon that encapsulates the Business of Software Conference. Who is this chap? 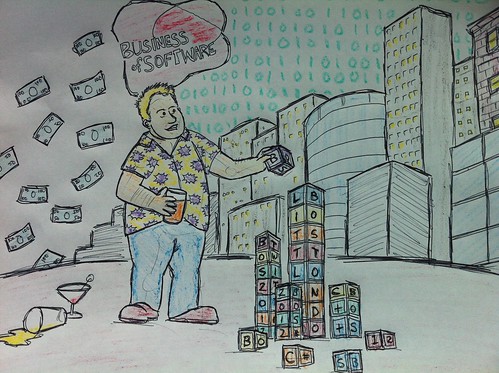 In less than 140 characters, the proposed business strategy for Twitter of the BADASS TEAM is

Finally, BADASS explained to us in a 1 minute video  how software could help us become ‘revolutionary’.

Thank you, BADASS TEAM members for participating and being up to the challenge of BoS 2012 Workshop!