Someone that can't do email should not be at a technology conference but this is different!

Last year at Business of Software 2010, Young Me Moon gave a talk called, 'Different'. It was.

In a brilliant talk, she talked amongst other things, about the evolution of bottled water…

How can you differentiate between 50 brands of bottled water in one supermarket? In almost every instance, the managers of each and every one of those executives can tell you EXACTLY why and how their brand is different to the others. Sadly, for real people, no one cares very much. It doesn’t start out like this.

Water water everywhere but which drop to drink?

And then the supermarket looks intimidating…

Supermarkets are not consumer friendly anymore. They are intimidating.

I took this in my own mind to be a bad thing. I really cannot find it in my mind to give a carp about 99% of the bottled water on the shelves even if there is a brand and product marketing team behind every one who truly believes their product is a gift to the world. I don't care. Maybe you do. Then I saw these shelves with a whole bunch of fizzy drinks on them. 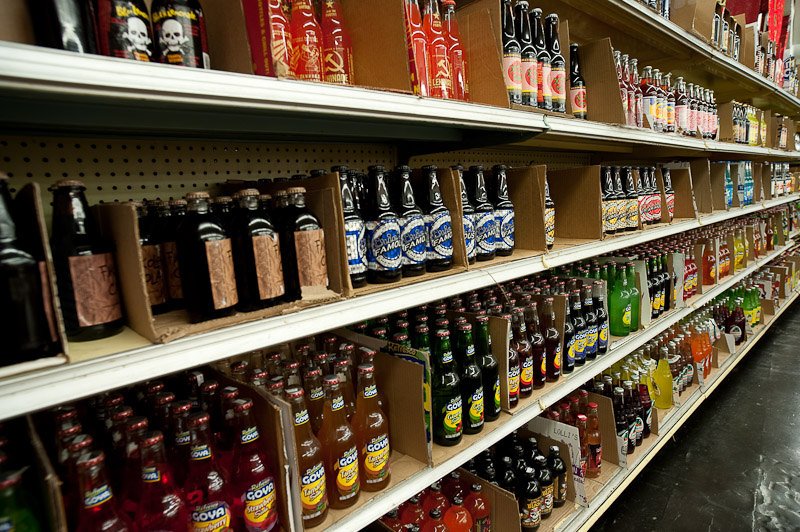 This is John Nese's store. It only stocks soda pop but it doesn't stock Coke or Pepsi. It is not intimidating. John Nese made me realise that I had got it wrong, Young Me Moon's message was more subtle.

Peldi at Balsamiq brought John to my attention and said that if we could get him, he would do a talk with him. Peldi and I love John's approach to business, life and the world. We think you will too. John wasn't hard to track down once we realised that he doesn't do email (so should have no place at a technology conference). He has a thing called a telephone that enables him to talk to people in the outside world.

We are delighted to announce that John Nese and Peldi will be talking at Business of Software 2011. If you run a software business, are not Microsoft or Oracle, and don't learn something useful from John and Peldi, I will eat a straw hat. 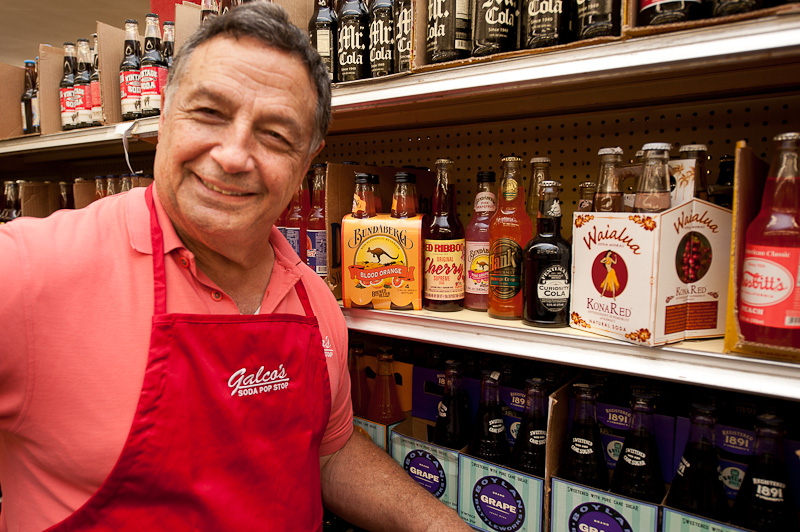 About John Nese and SodaPoPStop.

Devoted to the art of soda pop and supporting the small businesses behind each bubbly drink, Galco’s Soda Pop Stop features more than 500 flavors of soda at its Los Angeles storefront and nationwide through its website at www.sodapopstop.com. Beginning in 1897 as an Italian grocery store, Galco’s changed “flavors” when son John F. Nese took helm of his father’s store in 1995 and lined the shelves with classic, small-batch, exotic and hard-to-find sodas.

With a mission to support small soda makers, Galco’s motto is “Freedom of Choice” which mirrors Nese’s determination that customers have the right to choose from more than just a handful of mass-produced, big-business selections.

Today, sodas from all over the world can be found at Galco’s – brewed from Brazil to Jamaica, from Germany to Australia – and sought out traditional brands that use 50s, 60s and 70s recipes with cane sugar instead of high fructose corn syrup. Walking the aisle, sodaphiles can find flavors as diverse as cucumber, coconut and rose petals as well as traditional colas, ginger beers and sarsaparillas that are brewed by hard-to-find smaller bottlers. Galco’s features 450 unique micro beers and 60 types of bottled water.

For more information on Galco’s Soda Pop Stop visit www.sodapopstop.com but beware, here are the system requirements for the website if you want to have a look. I kid you not.

Giacomo 'Peldi' Guilizzoni is the founder and CEO of Balsamiq, makers of Balsamiq Mockups, the instantly-useful, forever-lovable wireframing software. Balsamiq is a tiny, nine-person multi-million dollar multinational, based out of Italy, France, New York and California. A programmer turned entrepreneur, Peldi lives to learn new skills and to share what he learns, be it via his blog, giving public talks or mentoring other software startups. More at http://balsamiq.com/company

The Business of Software conference will be held in Boston, October 24-26th October 2011. Use code BoSSep to save $450 on the full ticket price until 21st September.