A guest blog from Josh Linkner, founder & Chairman of ePrize, the largest interactive promotions agency in the world and Adjunct Professor of Applied Creativity at the University of Michigan who will be speaking at this year's Business of Software conference in October.

Most software, business (and life) decisions come down to a multiple choice question. Should we launch Product A or Product B? Should we develop in house or outsource? Should we choose design schema 1, 2, or 3? This is where 99% of the software world stops, selects an option, and goes on to spend countless hours justifying their decision.

And then there’s the top 1%. The best-of-the-best who play at a higher level. The ones who refuse to accept that there are only a few, obvious choices. These are the software development leaders who look at a multiple choice question and write in a new option to the list. They discover the Unconventional Alternative, and it ends up making all the difference in the world.

In 1912, Teddy Roosevelt was campaigning for his third term. Three million campaign posters were printed with his photo and about to be distributed, until it was discovered that the campaign didn’t have the rights from the photographer to use the photo. The copyright laws of the day allowed for the photographer to claim as much as $1 per poster, which adds up to over $60 million in today’s dollars. The campaign couldn’t afford to pay the photographer, but also couldn’t afford the time and money to reprint the posters. The multiple choice options seemed bleak. 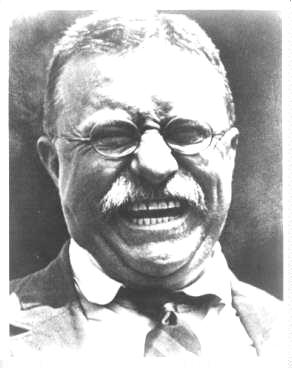 Until a brilliant campaign manager sent a telegram to the photographer that said, “We are considering using your photo in the campaign. How much do you offer to pay for the publicity?” The photographer ended up paying $300 for the exposure instead of bankrupting the Roosevelt campaign and perhaps costing him the presidency.

At my software company, ePrize, we were running the software behind a $1 million sweepstakes for a major airline in which entries could come from one of eight countries including Brazil and Australia. After we accepted the job, we learned that the drawing had to be done on Brazilian soil by law. That was fine, until we learned that according to Australian law the drawing had to be conducted within the geographic borders of Australia. We were overwhelmed with despair and fear, realizing that this blunder may cost our company an extra $1 million (a sum that we absolutely could not afford at the time).

At the last minute, a member of our technology legal team discovered an unconventional alternative. Do the drawing at the Brazilian embassy (technically Brazilian soil) in Australia! This creative solution saved our client and our company, and it surfaced by challenging conventional wisdom and exploring options that weren’t obvious or even in the consideration set.

The next time you are faced with a decision that looks like a choice between A, B, or C…. pause for a moment and let your imagination wonder. Is there an option D, E, or F? Before locking in an obvious choice and perhaps accepting a mediocre result, challenge yourself and your team to explore the unlisted options. In today’s ultra-competitive world, the time you spend exploring the possibilities can represent the difference between winning and losing.  So, unleash your creative mind, explore the unorthodox choices, push yourself to discover the unconventional alternative, and I’ll see you at Business of Software 2011!

This is a guest blog for the Business of Software from Josh Linkner, founder & Chairman of ePrize, the largest interactive promotions agency in the world and Adjunct Professor of Applied Creativity at the University of Michigan. Josh is on a mission to make the world of business more creative and will be talking at the Business of Software about harnessing creativity to build a better software business.