The Book of Red Gate: how gold was born from mud #10geeksin5weeks 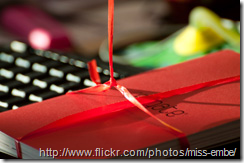 A few months ago, I was stuck in the meeting from hell. Red Gate’s got a moderately complicated web site. Everybody wants to be able to update it how they like, but we need to keep it consistent. Of course, everybody says, consistency is good but only if it’s my way. At the end of this hour of circular arguments and evidence-free discussion, Richard stroked his chin and said:

“You know, what we need is a Book of Red Gate.”

We all stared at him.

“Well, you know. A book. Of Red Gate”, Richard explained.

“Ah. Whatever,” I said as I shuffled my papers together and pretended there was somewhere else I urgently needed to be.

Over the next few weeks, I heard rumours about the Book of Red Gate. Vague, unsubstantiated rumours. People were being interviewed. The coffee machine was being photographed. Code was being written. Jokes were being constructed. I learned, third hand, that Richard had roped in Dom, Alice, Brian and Mat to work on it. People who had other, very important things they should be working on instead of wasting their time on some dumb-ass side project.

In short, I heard enough to know it was a very stupid idea, and that it shouldn’t be allowed to continue.

I asked to see a draft of the book.

My request was politely refused.

I never heard back.

The day before Valentine’s day, I bumped into Alice outside a shop in the Grand Arcade in Cambridge. “I’m going into work tomorrow,” she said. “To tie balloons to all the books of Red Gate we’re giving everybody. Have you seen the book yet?”

When I got into work on Monday, everybody’s desk had a book of Red Gate with a red balloon attached on it.

Actually, I had two Books of Red Gate. One was inside a brown envelope marked ‘Top secret – preview copy’.

It was work of genius. Crazy, oddball and inspired genius. You can get a flavour of what I mean from a typical page from the book (click on it to see it larger). This is the poster for a six page comic strip about the meeting pig, a silver piggy bank that travels the rooms at Red Gate: 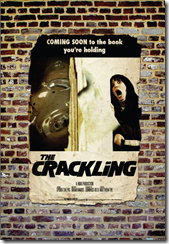 The lesson is that smart people do smart things. But you need to give them the freedom to do it. Sometimes the best thing I, as one of the CEOs of Red Gate, can do is to get out the way. To ignore my instincts and just let people try things out they care about. Sometimes it will go wrong, but sometimes you get astonishing works of brilliance.

Right now, we’re running a “Ten geeks in five weeks” project. The major thing that’s holding back Red Gate’s growth is our struggle to hire great people. So Alice, Mark and Nick are going to hire ten people over the next five (now four) weeks. I’m not entirely sure how they’re going to do it. I know that iPads are involved. I think they’re handing them out to people who come for interview (wow, what a dumb idea).

Would you like a Book of Red Gate? E-mail me at neil.davidson@red-gate.com with your postal address and I’ll send one out to you. I recommend you get a physical copy, but if you’d prefer the eBook you can download it here.

3 responses to “The Book of Red Gate: how gold was born from mud #10geeksin5weeks”