The graph of goodwill: when to stop listening and start asking

In any sale, you spend a lot of your time listening. You find out what your customer’s problems are, explain how your product fixes them and help him through his evaluation. But there comes a point when you need to ask for something. It might be money, or a favour: for him to talk to his boss, or to kick off an approval process.

When’s the best time to do this? It’s when his goodwill is at its peak – when he feels warm towards you and your product. When he wants to help you, in other words. But when exactly is that? It depends on your product. Here are some examples.

If you’re selling a product like Word 2007, then the time to ask for something is after the ‘hey, a shiny new toy’ phase, and before the ‘dang, why did they change that?’ phase. If you miss it, then you must wait until goodwill returns to neutral. Since the first stage might be extremely short and hard to hit, waiting as long as possible might be the least risky approach: 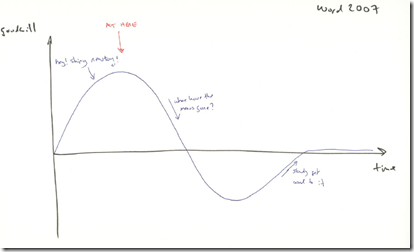 [Click on this, or any, image to see a larger version]

If you’re selling a product that people hate and buy because they need it and not because they want it (Norton Antivirus, say), then the goodwill curve is different. You should ask very fast, before the dip, or very late, long after it: 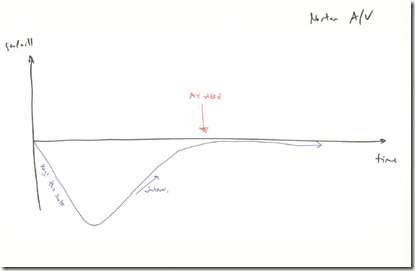 The goodwill curve of most web 2.0 apps mean you need to act fast, before it returns to boredom. iPhone apps are like this too (in fact, the curve peaks so fast you get to pay before the curve even starts and the goodwill has been created entirely by anticipation). 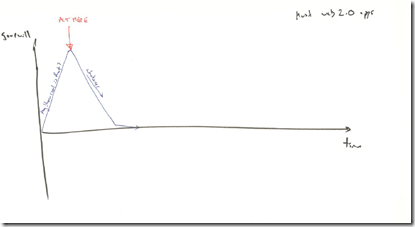 One reason that Application Lifecycle Management tools (and other shelfware) are a hard sell is because they generate very little goodwill, and it’s hard to know when that goodwill will happen. You need an aggressive sales force to shift stuff like this: 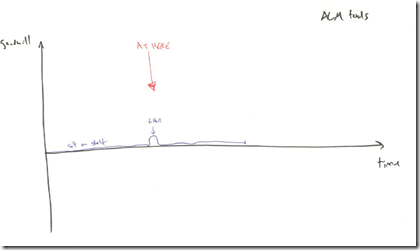 The goodwill curve of some software shows an initial kick (the shiny new tool phase), then a dip (the dang this is hard phase), followed by a prolonged rise as the user understands the benefits of the tool. Development tools and databases are like this: 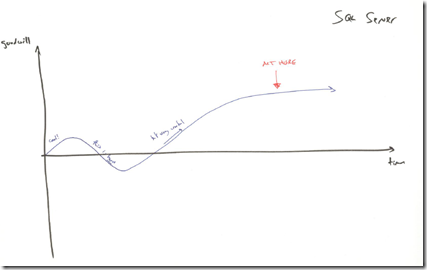 Here’s the goodwill curve of some software we sell at Red Gate. People try it, and they like it. Then they don’t use it for a while, but some of the goodwill sticks. It peaks again the next few times they use it, and then slowly deteriorates into familiarity. The best time to act? At the first peak. 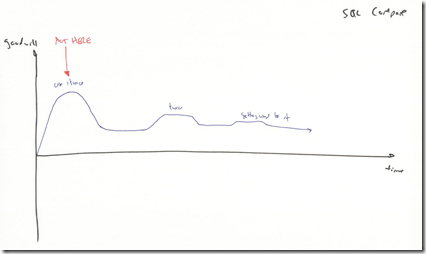 Finally, this doesn’t just apply to selling software. Here’s what – I hope – your goodwill graph from this blog post looks like: 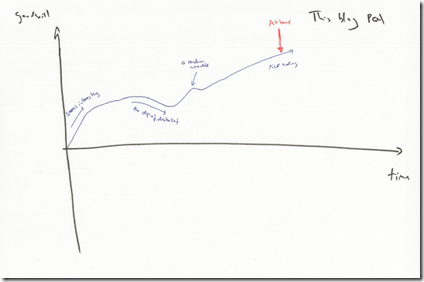 I hope I’ve generated enough goodwill to ask you a favour and get you to act. If you enjoyed this post, then please follow me on Twitter (I’m @neildavidson)