What does it mean to be one of the world's great software companies?

Since defining “one of the world’s great software companies” is hard, I thought I’d start with something easier, just to warm up. Something more concrete. This, in fact:

I asked various people at Red Gate how they’d define a horse. I got various answers:

I wasn’t satisfied with these definitions. They could equally apply to zebras, donkeys or even cows. I don’t even understand the last one, but apparently it will distinguish a horse from a chicken. Thanks Laila. For further inspiration, I looked up “horse” in my dictionary:

A large solid-hoofed herbivorous ungulate mammal domesticated since prehistoric times and used as a beast of burden, a draft animal, or for riding

Even that didn’t seem satisfactory, especially its use of the word ‘ungulate’. I then remembered the entry for horse in the first ever Polish dictionary:

What a horse is, is self evident to everybody 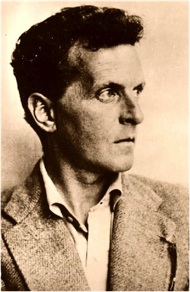 Ludwig Wittgenstein – fellow of Trinity College, Cambridge and world-famous philosopher – was one of the brainiest men of the twentieth century. He said that rather than defining things by the characteristics they have in common, you should define them by a family resemblance. For example, you might look at a family of father, mother, son and daughter and recognise that they are part of the same family. The father resembles – in terms of build, features, eye colour, gait, temperament, and so on – the son; the son resembles his sister; she resembles her mother. However, the father and mother bear no resemblance to each other, even though they clearly belong to the same group.

The ones inside the circle are ones I’d term great. I include Microsoft (it defined the genre), Apple (because of its passion for design and its products), Google (because of what it does and how it does it), Oracle (an enormous success), Adobe (less sure about this one) and the SAS Institute (the world’s largest privately held software company and regularly voted one of the top places to work for in the US). Outside are the ones are companies that I do not consider great. I include Autonomy (local to Cambridge, but not yet great), Yahoo (drifting), Symantec (shoddy products) and Facebook (flash in the pan). Name any software company and you can place it somewhere in this Venn diagram, but note that the companies inside the circle do not share any particular set of characteristics, nor do those outside.

So, in conclusion, I will know when Red Gate is one of the world’s great software companies when:

a)    It is self-evident to everybody
b)    People place it, unprompted, bang in the middle of my venn diagram

13 responses to “What does it mean to be one of the world's great software companies?”