Is your software business an arctic-bound hydrogen balloon? 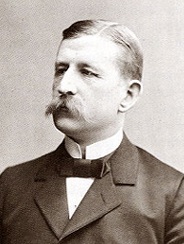 The end of the 19th century was a golden era of exploration and dumb-ass, ill-starred expeditions. That of Salomon August Andrée is one of my favourites. In 1897, Andrée decided that it would be a good idea to travel from Svalbard to Russia, over the North Pole. By hydrogen balloon.

Against much scientific advice, Andrée and his two companions launched their expedition in June 1897. Their leaky, unsteerable and untested balloon crashed onto an ice floe after only 2 days. They carried faulty maps, had packed inadequate sleds and wore unsuitable clothes. After some three months’ hard slog the men perished.

When I see people starting up in the business of software I’m often reminded of Andrée and his expedition. Here’s why:

A triumph of optimism over reality. Andrée assumed the best possible scenarios. He assumed the wind would blow in the right direction, that the balloon would remain perfectly sealed and that it would not accumulate snow or ice. Software is often cursed with similar blind optimism. How often do you assume that the wind will blow in the right direction, that the technology will work, and you that you won’t hit cruft that slows you down? And how often does that actually happen? Never.

An excessive belief in technology. Andrée focussed on cutting edge technology at the expense of the problem. We do this in software too. We choose a technology (balloon) and then find a problem to fit it (North Pole). You can’t save a a doomed idea with cool technology. If you’re writing the world’s one millionth text editor it won’t succeed just because you’re writing it in Ajax, Flash or WPF.

A failure to listen. Many experts criticised Andrée’s attempt, and realised that it would never work. Being unwavering and resolute often helps, but informed resoluteness beats ignorant resoluteness any day.

However, when reality always beats optimism, when we never trust technology and when we always listen to experts then life is dull. We would still be eating berries on the savanna and chasing animals with sticks and stones. For me, therefore, Andrée’s biggest failure was not any of the above. It was his failure to minimize the downside. He chose an endeavour where even the slightest mistake or miscalculation meant a painful and certain death.

If you’re setting up a business then you might expect success, but you should not assume it. There is a chance that you will not succeed. If you do fail then you do not want it to kill you, or your company. You should sacrifice some potential glory to protect your downside.