The dissent of a man

At Red Gate, our developers are clever people. Academic qualifications aren’t a perfect guideline to software skills, but most of our developers have excellent degrees from excellent universtities. Almost without fail, they fit a similar profile. Most started coding by the age of 11 and have been writing software ever since.

There is a drawback to this. Put a bunch of very clever, very similar people in a room together and you can get some really dumb ideas out. Think Bay of Pigs. You see this a lot in software – unusable, untargeted applications developed by really bright people.

At Red Gate, we avoid this in several ways. Encouraging discussion is one. Creating an atmosphere where people are allowed to disagree is another. One that works really well is to throw somebody different into the mix. At Red Gate, that person is often Dom, aka Mr Flibble: 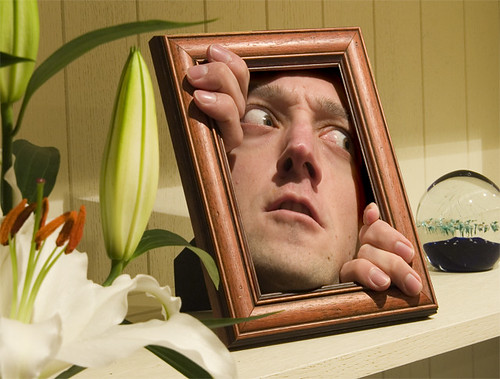 Dom isn’t a developer – he’s an interaction designer. To see just how different he is to the stereotypical developer, take a look at Mr Flibble’s flickr pages.

Having a dissenting view is always good. Dom doesn’t always win his battles, but all software teams need somebody with a different perspective. Somebody who’s willing to stand up to a group of really clever, scary people and say "You’re wrong. And here’s why."