Assumptions in life and software 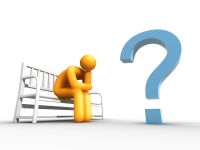 Our assumptions bind and blind us. Often we believe them with no evidence, simply because everybody else does. They have no reason, no logic: they just are. This is as true in the business of software as it is in life.

They can be so ingrained that we’re not even aware of them. In the West, killing cows is acceptable but killing whales or dogs is not. Artifical additives are bad for you, ‘natural’ ones are not. Our intelligence is innate, measurable and fixed, and determines how successful we will be. Having children makes you happy. Terrorists are crazed, mad, brainwashed killers.

These assumptions are all commonplace. They also all have little or no evidence behind them. The cow/whale distinction is clearly arbitrary. Natural additives are often chemically identical to artificial ones, simply produced using yesterday’s technologies. There is no reason why ‘natural’ is better than artificial, and the boundary between natural and artificial is blurred. Syphilis is natural, penicillin is manufactured (and a good example of the blurring between natural and artificial). Assume that your intelligence is fixed and determines your success then you are more likely to fail than if you don’t. Having children makes you less happy, until they leave home at least. Most terrorists are normal, often middle class, well educated people who believe in a cause that they feel is worth dying for.

Challenge assumptions and you can change the world. Challenge the assumption that the banking system works and it fails. Earlier this year, people in the UK lost faith in a single bank and withdrew their cash. Only a £40 billion ($80 billion) state bail out saved the system.

There is no such thing as the business of software. Software should be free. In 1976, Bill Gates challenged this assumption. He’s done quite well out of it.

We should work 9 to 5, and be measured by our input not our output. Historically, when we were all basket weavers or pin makers, interchangeable cogs, fixed working hours made sense. People are now challenging this. In Brazil, Ricardo Semler is experimenting in industrial democracy. Workers set their own salaries and hire and fire their managers. When somebody tries to fill in a timesheet, Semler sends them away, not knowing what to do with the information. What if we all followed this example? What if we worked when and where we wanted, and if we were judged on what we produce and not the hours we keep? What if we removed all mention of hours to be worked from our contracts?

Only men aged 15-30 are interested in games consoles, and all they care about is graphics and speed. Nintendo challenged these assumptions. By cutting down on graphics and processor power they produced the only high level console that sells for more than it costs to make. By reducing the cost and widening the target audience, the Nintendo Wii is currently outselling the Playstation 3 and the XBox 360. The Nintendo DS, which is also aimed outside of the usual demographic (25% of users of its best selling Brain Training application are over 45), is doing well too.

Screen displays are expensive. Bill Buxton has pointed out that in 20 years time screen space will essentially be free. 25 years ago, when 300 baud modems were the norm, few people predicted that bandwidth would become essentially free and infinite. The same thing will happen with displays. The 32" screen I bought for over $2000 a couple of years ago now costs $800. Companies are already building factories that will ultimately produce flexible, plastic-based displays for one hundredth of the cost of their LCD counterparts. How will free, ubiquitous displays of arbitrary size change the business of software? It’s a question worth asking.

My product is so good it will sell itself. What if you’re wrong … ? And you are.

Half the money you spend on advertising is wasted, you just don’t know which half. It’s a neat aphorism, but that doesn’t make it true. Why not challenge that lazy assumption and try to disprove it?

Software is a people-intensive craft. At the moment it is, but does it have to be? What if we’re currently in the pre-industrial revolutionary stage of software development? Or the era – only 140 years ago – before the standard screw, when a bolt from one city wouldn’t fit a nut from another? Can software development become industrialised? And will it, and should it? And how will this change your business? Already, some are pushing software factories as the next big thing.

The Internet is here to stay. What if it isn’t, at least in a recognisable form? The world wide web has only been mainstream for 12 years. Much has changed in those 12 years, and much will change in the next 15. Will we still be using html, ajax and flash? Will a world of nearly infinitely fast connectivity, ubiquitous and free screen display, and computers 30 times faster than today’s still rely on http and html? Again, it’s an assumption worth challenging.

As I am, you are bound by thousands of assumptions about the way the world works. These assumptions range from the macro to the micro: they might be specific to your culture, to your country, to your company or even to yourself. Every once in a while it’s worth practising what Alan Bennett calls ‘subjunctive history’. Pick something you absolutely know to be true, something so obvious that you’re not normally even aware of it, then switch on Professor Farnsworth’s machine and ask "What If …".

9 responses to “Assumptions in life and software”